Teaching Your Dog to Play Fetch (and Bring the Ball Back) 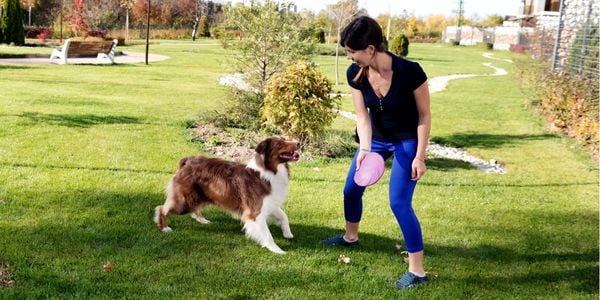 Plenty of dogs will happily run after a thrown toy but then don't want to bring it back. Or they might pick up the toy and make you chase them around just for fun — dogs just love a game of keep-away! Other dogs are more interested in the hair between their toes than the fetch toy you’re trying to get them excited about.

Some dog breeds have been bred to retrieve, such as Labradors, Goldens, Chesapeake Bay Retrievers, and more. But even retrieving breeds like these sometimes don't "get" a game of fetch. But there are things you can do to teach a better retrieve!

What's important to remember is that fetch is a game. Consider whether it's worth your time and energy to try and get your pup interested in games of fetch. There is nothing wrong with other forms of exercise, games of tug, and mental enrichment that your dog may enjoy more. If a dog doesn't show interest in fetch, a great alternative option is playing with a flirt pole.

Fetch is a great way to get your dog exercise and to burn excess energy. It’s a handy way to tucker them out, so they get the sleep they need. Plus, it will keep them mentally stimulated and strengthen your bond together.

Not sure what toy your dog might enjoy the most for games of fetch? Click here to see our picks for the Top 10 Best Fetch Toys for Your Dog.

What You'll Need to Teach Your Dog to Fetch

Helpful cues prior to teaching fetch:

How to Teach Your Dog to Fetch

First, you'll want to introduce the toy and then encourage your dog to interact with and grab the toy with their mouth. You'll then build on this and introduce tossing the toy away from you and rewarding your dog for picking it up. After that, it's all about rewarding them for bringing it back to you and slowly increasing the distance you throw the fetch toy. Start with these steps indoors where your dog will be less distracted.

Training your dog to fetch and bring the toy back takes practice! It may also require you to act a bit crazy about the fetch toy to increase your dog's excitement if they aren't too keen on toy play to begin with. Learn more here about how to get your dog interested in toys for fetch.

Let's break down these steps one by one so you can get started with your dog: 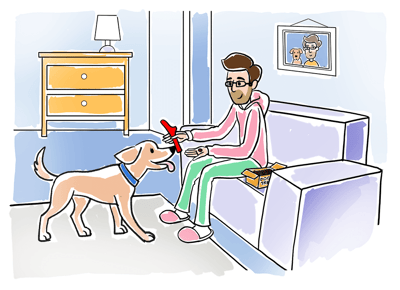 Once you’ve picked out a good toy, introduce it to your dog so they start to get excited about fetch.

You can increase excitement over the toy by moving it around for your dog to chase or play tug with it. It all depends on what your dog finds fun, so don't be shy in acting a bit crazy about the toy to encourage your dog to follow suit!

Step 2: Move the Fetch Toy Around 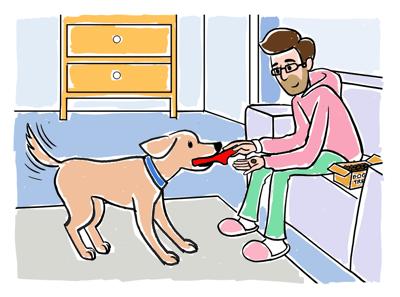 Now that your dog is starting to figure out that touching the fetch toy means treats, start moving it around so they have to move to get to it.

Don’t throw the toy yet, or even move it very far.

Simply hold the toy in slightly different positions — at arm’s length — and encourage your dog to touch it. Each time they touch the toy, click or say "yes!", treat, and praise.

Continue this little dance until you’re sure the behavior has stuck.

Step 3: Get Your Dog to Grab the Fetch Toy 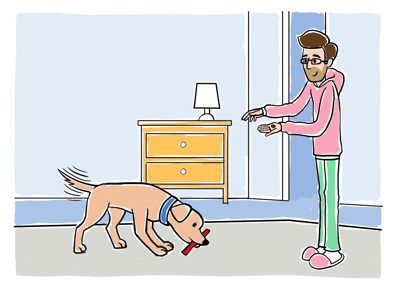 Now it’s time to start rewarding your dog when they actually grab the toy with their mouth. This can take a little patience on your part. The key is to watch your dog’s behavior and reward when it starts to look like the behavior you want.

Place the toy on the ground at about arm's length. If your dog moves from touching their nose to the toy and begins using their mouth, it's time to click, praise, and treat. Each time they get a little closer to biting the toy, continue to reward.

If and when they pick up the toy with their mouth, act like it’s the best thing you’ve ever seen (and don’t forget to click and give treats)! Remember that your dog will be looking to you for reassurance that they’re on the right track. Your dog may have trouble figuring out how to grab the toy on the ground with their mouth. If this is the case, you can hold it for them until they get the hang of grabbing it in their mouth. 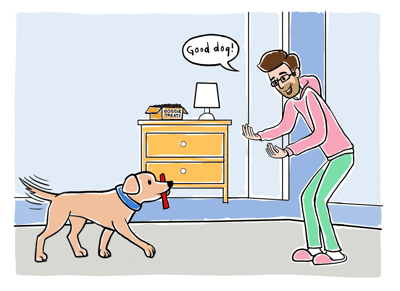 At this point, your dog should know that placing the toy in their mouth means they get a treat.

The next phase is perhaps the trickiest, but you only need to follow the same method of rewarding small steps toward success. 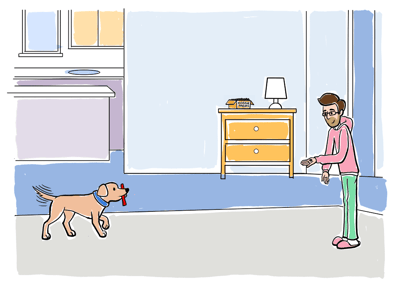 Once your dog has realized that they get treats when they get their toy and bring it back, start "upping the ante" by throwing the toy farther.

It might help to find a hallway (which will reduce distractions) and toss the fetch toy farther and farther away.

With each successful fetch, offer treats and praise, then toss the toy a little farther.

Repeat as many times as necessary for your dog to understand what this fetch game is all about. 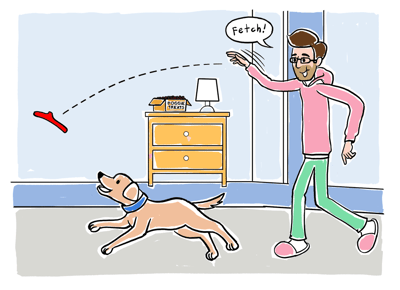 This part is optional. If you would like to add a verbal cue like “fetch,” now is the time to do so (when your dog is successfully fetching their toy).

Say the word before throwing the toy, then lay it on heavy with treats and praise when they successfully fetch for you and say something like “good fetch.”

Of course, it’s not necessary to say “fetch” or another similar word.

By this point, your dog has probably learned to enjoy the game itself — with or without a verbal cue.

This video by the late Sophia Yin is great at illustrating how to teach your dog fetch through incremental phases and rewards.

Up to this point, you’ve been playing fetch inside, where things are nice and quiet. But now it’s time to head out into the world where distractions are plentiful.

Begin in a fenced space, such as a backyard or other enclosed spot. If you don’t have such a yard, try a quiet fenced-in park or another public place. Go during times when there aren’t other dogs or people; at least, when there aren’t too many other dogs and people. If your dog isn't yet good at going off-leash, learn how to train them and be safe when off-leash.

Be sure to bring some treats with you, as you’re now asking your dog for a little more effort and they’ll need a reward for everything to sink in. Play fetch as you would at home, tossing the toy farther and farther away and rewarding your dog for successfully bringing it back to you.

What to Do if Your Dog Won't Drop the Fetch Toy

Dogs just love to play keep-away, and fetch provides an opportunity to do so. If your dog runs after the toy, grabs it, and then doesn't bring it back to you to return it, it's time to focus on teaching some helpful cues.

Don't give your dog what they want when they're playing keep-away! Instead, the game and fun simply ends. You can walk away and pretend to do something else. Keep-away isn't fun for your dog if you don't play it with them.

Focus on teaching your dog how to drop it on cue. Our article How to Teach Your Dog to Drop It has step-by-step instructions and tips. You'll also want to make sure your dog has a solid come-when-called cue to help them learn that coming all the way back to you is part of the fetch game.

A game of fetch is basically: Fetch the Toy + Come Back to Me with the Toy + Drop It = treats and more play! Sometimes dogs need help putting these behaviors all together.

Final Notes on Teaching Your Dog to Fetch

Some dogs might never learn to love to fetch. Maybe you can teach them the behavior, but they just don’t get to the point where they enjoy the game. If this is the case with your dog, don’t worry. There are a ton of other fun ways to get your dog some great mental stimulation and physical exercise. You can try working on: 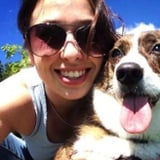 As Preventive Vet's dog behavior expert and lead trainer at Pupstanding Academy, Cathy focuses on helping humans and their pets build a strong relationship based on trust, clear communication, and the use of positive reinforcement and force-free methods. With over 13 years of experience, she has had the opportunity to work with hundreds of dogs on a wide variety of training and behavior issues. Beyond her one-on-one consultations through Pupstanding Academy, she also teaches group dog training classes at Seattle Humane. Her specialties include dog aggression, resource guarding, separation anxiety, and puppy socialization.