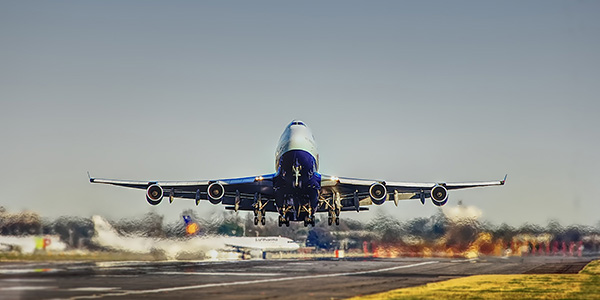 Those are but two deaths out of a total of nine that United Airlines reported to the U.S. Department of Transportation in 2016, the most of any airline that year. All airlines are required to make these “animal incident reports” of death or injuries to animals on their flights. United reported 23 incidents (deaths and injuries) in total, but they weren’t the only airline to have pets die on their planes.

With these numbers, the idea of flying with a pet in the cargo might seem chilling. In truth, most animals make it through a plane flight unharmed. Out of more than a half-million animals that flew by plane in 2016, there was an incident in about 1 out of every 10,000 trips.

That said, there are many reasons for you to be hesitant to place your pet in the cargo hold of a plane, ranging from ongoing health issues to their personality type. Flying in the cargo can be a harrowing experience for any animal. It's loud; it's turbulent; and it's full of bizarre sites, sounds, and smells.

It’s not uncommon for animals to injure themselves by trying to claw or chew their way through a carrier. Some have been reported to break free and wander the cargo hold and others have even broken free of their carrier while on the tarmac!

There are still other hazards outside of your control like the temperature of the cargo hold, or even unsecure items falling over. For instance, an Italian Greyhound, Murphy, suffered minor abrasions to the neck when bags fell on his kennel on a SkyWest flight in 2016. Other factors such as your pet’s existing health conditions (a 12-year-old Belgian Malinois died from a fatal respiratory issue due to the dog’s thyroid cancer) or even their breed (United is one of the only airlines that transports snub-nosed, or “brachycephalic” breeds, which are more prone to respiratory failure) can increase the risk.

If you want to be as safe as possible, it’s best to forego the plane entirely and drive, keep your dog or cat in the passenger cabin with you, or leave your pet at home with a pet sitter or in a boarding facility. Of course, those options aren't always possible. So before you take your pet on a flight, and especially if they will be held in the cargo storage of the plane, take the following precautions.

The cargo hold specifications might vary from airline to airline, but pilots can adjust the temperature based on the "load" in the cargo hold and any temperature-sensitive items, like your beloved pet. Though the pilot is given information about the cargo load before flight, it's always good to remind the pilot and flight staff that your pet is in cargo. Your airline might also have additional restrictions based on your departure and arrival locations. American Airlines, for example, requires that the temperature forecast in the departing and landing cities falls between 45° and 85° Farnenheit.

Your pet will be loaded into the cargo hold, though their crate will be secured in an area apart from the rest of the luggage. The USDA also requires that you give your pet food and water within 4 hours of check-in, but not within 4 hours of the actual flight. Some airlines might provide water to your pet during the flight (a United Airlines representative said that airline staff would provide water), while others require that you provide food and water in the carrier or attached to it. In either case, it's best to ask your airline about their specific services and requirements, then provide your own food and water as well.

For water, we recommend using a clip-on bottle like the option below. It's best to attach the water bottle to the outside of the container for dogs so they can't knock it off or chew on the pieces. (Of course, make sure to check with the airline about their specific requirements and whether they'll allow things attached to the outside of the crate.) Also, make sure to teach your pet how to drink from the water bottle well before their flight. 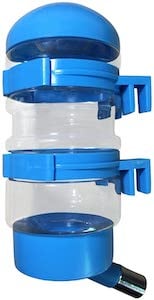 Also check with your airline about requirements for feeding. Alaska, for instance, requires that your pet's food bowl be attached to their carrier so the food can be placed in the bowl without opening the carrier. In other words, you will have to provide a bag of food attached to the container so the flight staff can pour in additional food without opening the door. (It's also worth pointing out that despite the recent merger between Alaska and Virgin airlines, Alaska allows pet transport in the cargo hold while Virgin does not.)

And since what goes in must come out, make sure to give your pet ample opportunity to go to the bathroom before the flight. Then place absorbent potty pads in their carrier (most airlines recommend that you do this since your pet will not be allowed out of the carrier during their flight).

How to Protect Your Pet During a Flight in Cargo

There’s plenty you can do to increase your pet’s chance of a safe flight. If you have a snub-nosed (brachycephalic) breed, either a dog or a cat, do not place them in the cargo hold of a plane. Brachycephalic animals are a very special circumstance and even more caution needs to be taken with them, given that they can already have a compromised ability to breathe. For this reason, some airlines will not allow brachycephalic dogs or cats to be checked and placed in the cargo hold. You should also take extra special care (and talk to your vet) before trying to fly with pets that have heart conditions, other breathing problems, Addison's disease, seizure disorders, diabetes, or anxiety issues.

Other Precautions for Traveling With a Pet in the Cargo Hold

Lastly, ask your airline about what to do when you arrive at the airport. Some airlines allow you to bring your pet/carrier to the normal ticket counter for check-in (your pet will then be transported separately from the other baggage). Other airlines require you to take your pet to a separate facility at the airport.

Flying With Your Pet in the Cabin

It's always safer if you are able to fly with your pet in the plane's cabin. They will be at less risk of temperature fluctuations and changes to air pressure, less prone to falling objects, and you'll be able to spot any stress, anxiety, or health problems early. However, you should carefully read your airline's rules about keeping pets in the cabin. You'll need to keep your pet in their carrier and there will be size restrictions for the carrier and your pet.

In addition, flying is still stressful for pets, even in a carrier in the plane's cabin. Make sure your pet can comfortably remain in their carrier for the duration of a flight. Still be sure to get a checkup at the vet before your trip, and look into any anti-anxiety training you might need to make the flight as stress-free as possible. 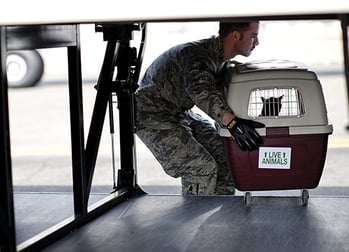 What Are the Risks of Flying With Pets in Cargo

In our own review of the 2016 Animal Incident Reports for 26 reported deaths, the causes of death were listed as follows. (However, the data is somewhat incomplete since not all pet owners agreed to a necropsy examination to determine the cause of death and some reports list the cause as indeterminate.)

As you can see, heart and respiratory issues topped the list. Most cases resulted in zero “corrective action” by the Department of Transportation, other than some instances when the airline offered to refund the “pet fee” and pay for the necropsy.

Dangers to Animals Flying in Cargo on Planes

It bears repeating that these tragic cases are severely in the minority (literally 99.99 percent of animals are neither killed nor harmed during air travel, on average). Before flying, it is still valuable to look at past incidents for your airline of choice, especially if your pet is at risk for certain health conditions that make them more susceptible to harm during flight. Animal Incident Reports are available on the DOT website public Air Travel Consumer Reports.

You can find the pet-specific portion of these reports in the last few pages of the downloadable PDFs, which provide links to more detailed death and injury reports from each airline. The reports are broken down by month, though annual summaries are also available in some reports. For example, you’ll find the 2016 annual report on page 54 of this document. 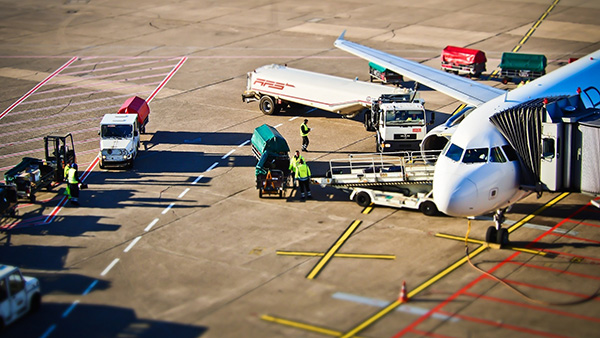 What to Do Before Flying With Your Dog or Cat

Once you feel comfortable with your airline, your pet has been checked at the vet’s office, and you feel they’ll make it through the flight with as little stress as possible, it’s always wise to book early, preferably several months in advance to make preparations for yourself and with the airline. Early booking will also allow you to find cheaper flights and, ideally, direct flights. Airlines have varying limits for how many animals they allow in cargo, so book early and let the airline know you will be transporting a pet. You will also be required to pay a not-insignificant fee to transport your pet in cargo. United Airlines, for example, charges $271 plus tax for domestic flights, and Alaska Airlines charges a $100 fee each way.

Finally, a common recommendation from groups like The Humane Society of the United States and even the Department of Transportation is to notify the pilot and a flight attendant that you have a pet in the cargo hold. This might feel a little awkward, but it can help the pilot and crew remember to adjust the cargo hold temperature for a beloved pet.

Overall, it’s always preferable to fly your pet in the cabin with you, but don’t try to fake your pet as a service animal to do so. If you’re in a situation where you absolutely must fly your pet in the cargo hold, take the proper precautions discussed above to minimize the risks and keep the flight as safe as possible… for everyone.

Recommended Reading About How to Travel with Pets or Find a Trusted Babysitter:

If you're leaving your pet with family, a friend, or a pet sitter, provide them with this Treatment Authorization form so they'll be able to take your pet to the vet for immediate treatment if anything happens while you're away.

Have you traveled with your pet by plane before? Share your pet travel experiences in the comments below! 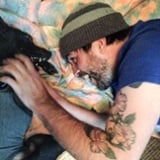