Marijuana, Cannabidiol & Dogs: Everything You Want (And Need) to Know

As of 2017, more than half the states in the country have enacted some form of marijuana legalization, and more are expected to follow.

But as perceptions about legal weed dramatically shift in the country, it forces us to address the elephant in the room — or, in this case, the dog in the room.

More than ever before, it is legally acceptable for many people to have pot in their homes and, perhaps more telling of the changing marijuana landscape, to ask questions about what that means for their dogs.

As responsible dog owners living in a world where marijuana is increasingly culturally acceptable and even common, we need to be able to address and answer these questions. To that end, let’s really get into the weeds on this issue.

Can Dogs Get High? How to Tell If Your Dog Ate Weed?

The short answer to the question “Can my dog get high?” is yes.

What to Do If Your Dog Eats Pot

Dogs do get high, but they experience the effects differently and more intensely than humans. In other words, a dog on weed is no laughing matter and, actually, is in a high state of distress. If you aren’t certain whether your dog has consumed marijuana, you may observe the following signs:

If your dog is showing one or more of these signs, and there’s any possibility of exposure (don’t forget about your kid’s backpack or other “unexpected sources”) it’s probably safe to conclude: “My puppy ate weed.”

Dogs have more cannabinoid receptors in their brains than people (read further to learn more about the chemical components of marijuana), which means the effects of weed will likely be more pronounced and, potentially, more toxic. If you suspect your dog has consumed marijuana, please take them to the vet immediately. You can visit the ASPCA page on marijuana and the Pet Poison Hotline for additional help.

The effects of marijuana can be exacerbated if your dog ingests an edible, particularly one that contains a significant amount of chocolate, or a THC-infused butter or oil. Chocolate is toxic to dogs (the darker the chocolate, the more dangerous it is — learn more about dogs and chocolate) and fats, like butter and oils, can cause a serious case of pancreatitis in a dog. Marijuana users who choose to smoke, rather than eat, their weed, might also wonder if dogs can be hurt by secondhand smoke.

First, understand that just like a human getting a “contact high,” your dog can still get high from marijuana smoke. If you are in an enclosed space with a stifling amount of smoke, you may be putting your pet (and yourself) at risk. If your dog has a preexisting respiratory disease such as bronchitis or a collapsing trachea, you are placing them at an even greater risk by smoking nearby. For small amounts of smoke in ventilated areas, it is less likely your dogs will experience any side effects. If you do choose to smoke near your dog, be sure to monitor them for unusual behavior or difficulty breathing. More importantly, don’t blow smoke in your dog’s face; it’s just cruel.

Can My Dog Die From Marijuana?

The risk of death from marijuana is relatively low for dogs. However, the risk is greater if a smaller dog ingests a large amount of marijuana, or if your dog consumes an edible. Marijuana edibles contain a more concentrated amount of THC than dried weed alone, and infused butters and oils also pose an additional risk of pancreatitis (which itself can be potentially severe or even fatal). And, of course, there is an even greater risk if the edible contains chocolate.

Compounding matters, dogs have less ability to restrain themselves from eating too much, let alone to stop from ingesting a harmful amount of marijuana. Chocolate (and other edible varieties) tastes good to dogs (as it does to most humans), which can further lead to the dog overeating. If your dog eats any amount of marijuana edibles, you should seek help immediately either from your regular veterinarian, an emergency clinic (check here to find an animal ER), or an animal-specific poison control hotline.

Treatment for marijuana ingestion depends on how recently the ingestion occurred and how affected the dog is. The one thing that’s for sure is that the earlier your dog is brought in, the better. If caught very early, a dog may be able to receive treatment to “decontaminate” them (to get it out of their system) and avoid or minimize any of the potential effects of the marijuana.

In mild cases, treatment is typically supportive in nature. Meaning that if your dog cannot effectively or safely eat or drink on their own, they may need IV fluids. Some dogs may require “heat support” if they’re having trouble maintaining their body temperature.

For dogs suffering from an altered heart rate or blood pressure, IV fluids and specific medications may be necessary, along with continuous monitoring of their vital signs. If a dog develops aspiration pneumonia due to vomiting with an altered mental state, then they are likely to need oxygen therapy and IV antibiotics. Similarly, specific treatment for edibles containing chocolate, butter, or oils may also be needed for the unlucky dog that consumes that particular combination.

It’s important to remember that your vet is not going to rat you out if you bring your dog in for treatment. Your responsibility to your dog is to get them the best medical attention possible by informing your vet if you think the dog consumed marijuana and in what form. Unfortunately, the urine test kits for people aren’t as reliable in dogs. If weed is not known (or admitted) as the culprit, other toxins, or conditions like liver disease and seizure disorders, have to be considered and tested for. And those tests aren’t cheap. It’s far easier, less costly, and safer for your dog if you are honest with your vet. No one will judge you.

Should I Consider Using Medical Marijuana for My Dog? It’s difficult to provide a definitive answer about the medicinal uses of cannabis — for either dogs or humans —due to conflicting federal and state laws and a resulting lack of study.

Researchers believe that the two most active chemicals in marijuana that have medical applications are cannabidiol (CBD), which seems to impart its benefits without causing a “high;” and tetrahydrocannabinol (THC), which does cause a “high” along with any medical benefits it may produce.

Unfortunately, medical studies have been hindered by marijuana’s designation as a Schedule 1 drug by the Drug Enforcement Administration (DEA), along with the costs and difficulties in procuring marijuana for study. Nonetheless, many people believe that cannabis helps treat various ailments and pains in themselves.

Similarly, many people believe that cannabis — specifically the CBD component—offers many benefits for dogs. The following list outlines a few conditions that people feel are alleviated by the use of CBD products in their dogs:

Do note that, again, such claims are not currently backed up by clinical evidence for humans or canines. Anecdotal evidence suggests that CBD and THC may help alleviate a variety of conditions, but a great deal of scientific and medical work is still needed.

Can My Vet Prescribe Weed for My Dog?

Despite the legality of recreational and medical marijuana in some states, marijuana is still classified as a Schedule I drug by the DEA. This means that the DEA considers marijuana a drug with no accepted medicinal use and a high potential for abuse. This makes prescribing weed as a medicine in any form, for both humans and dogs, a sticky business. (For a definition of DEA Schedules, visit the DEA website.) Marijuana’s extracts have also been considered a Schedule I drug since December 2016, including CBD.

Veterinarians can’t currently prescribe or recommend marijuana or CBD products for dogs for a variety of reasons:

Ultimately, it all comes down to legality. The lack of a law-changing body of evidence, and the absence of political will to change the DEA classification, determines the ability of the greater veterinary community to prescribe and recommend these products for their patients.

However, the proliferation of CBD-containing products for dogs (and cats), and the number of pet owners who are trying them and reporting positive results, is making it increasingly difficult for vets (and other pet owners) to ignore the topic and potential benefits any longer.

The Take-Away for Cannabis and Dogs

Be extremely careful. The blossoming of marijuana and CBD use, both for dogs and humans, may be a positive change and a new path forward in medicine — or it could be a dead end. Regardless of the broader debate about marijuana, it is no laughing matter if your dog accidentally eats your weed. Additionally, be cautious when considering treating your dog with marijuana or CBD for any reason. Just because it may be working for you or a friend of yours, that doesn’t necessarily mean that it will work (or be safe) for your dog. 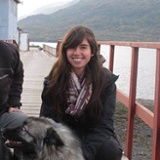 Taryn Ziegler is a digital content specialist who, along with her husband and two fluffy Keeshonden, calls Seattle home. Animals have been a part of her life since childhood and she believes firmly that they bring a great deal of joy and enrichment to human lives. As a contributor to Preventive Vet, she explores interesting subjects about living and adventuring with dogs.