My Cat Won’t Eat! How to Stimulate Your Cat’s Appetite 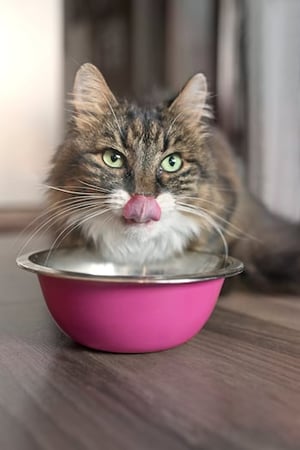 A common theory is that cats are just picky about food. They turn their noses at their bowls for no other reason than to drive their people insane or to an early grave — or both.

If you’ve ever dealt with a cat that seemingly refuses to eat, you are certainly not alone in feeling a little crazed and helpless sometimes. As for that theory about cats just being picky, it’s somewhat true, but there’s a lot of nuance.

How to Get Your Cat to Eat

If these tricks fail, or if your cat refuses more than two meals, it’s time to go to the vet for evaluation and care.

The tricks above are truly a short-term fix. If your cat starts eating after using one of the tricks, then you can possibly chalk it up to an upset stomach that will pass, a change in the weather, or something non-threatening. However, if your cat isn’t eating their normal amount for a significant period of time, anything over one day (even less if they have certain pre-existing conditions, such as diabetes or obesity), then it’s imperative that you seek out hands-on veterinary evaluation. After all, something very serious could be causing your cat’s hunger strike and any delay can make matters significantly worse.

Reasons Why Your Cat Won't Eat

It’s important to know that your cat is not, not-eating simply to be difficult or because they're just picky. A cat might stop eating for any number of reasons, varying from pain or discomfort (learn: how to tell if your cat is in pain) to the type of bowl you're feeding them with or where it’s placed. There could also be medical reasons:

Truth is, typically there will be a medical reason for a cat not eating. And, as you can see from the list above, some of those medical reasons can be quite serious. If your cat isn’t eating their normal amount, and continues this behavior for more than two meals, it’s time for a trip to the vet. 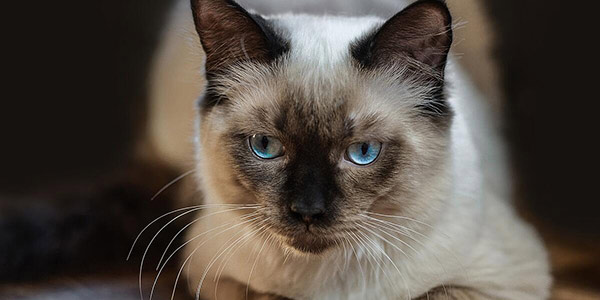 Catching these things early often results in a better prognosis, as well as easier, less expensive treatment. And this is especially the case in cats that are a bit more “plump” then they should be, as fat cats that stop getting enough calories are at higher risk of developing a serious form of liver dysfunction (hepatic lipidosis) as a result of their decreased calorie intake.

What is Whisker Fatigue and is it Real? You may have heard recently — either from your vet, news reports, or pet product manufacturers — about something called “whisker fatigue.”

There’s actually a lot we still don’t fully understand about cat’s whiskers (read more below if you feel like getting nerdy about “vibrissae”), so the question you probably have is whether whisker fatigue is real. The answer is a firm… we don’t know (yet), but it’s certainly possible.

The basic idea behind whisker fatigue is that cat’s whiskers, which are highly sensitive, can repeatedly hit the sides of a food bowl, causing discomfort, desensitization, and stress. Over enough time, this can cause the cat to stop eating entirely to avoid the sensation.

Whiskers, or “vibrissae,” are specialized touch organs that help mammals in a number of ways. Cats, for example, have 100-200 nerve cells per whisker. As the whisker comes into contact with an object, the cat translates that sensory information to help build a description of their environment, like whether a space is too narrow for them to safely pass through.

One person told the New York Times about whisker fatigue, “I think it’s just one of those things where people say, ‘Oh, cats are just finicky eaters,’ and everyone thinks it’s a joke. After reading some articles about this, I was like, maybe this isn’t a joke after all.”

There are even a number of feeding products aimed at reducing whisker fatigue in cats, such as shallower bowls with edges that don’t touch a cat’s whiskers, and with a rounded interior so food doesn’t become trapped in the corners.

Of course, there are also plenty of skeptics. Chris Sweeney wrote in Boston Magazine that there is little evidence from veterinary associations or veterinary medical schools to support whisker fatigue as a “thing.” Furthermore, the World Small Animal Veterinary Association (WSAVA) told Preventive Vet that it “has no information specific to this condition, whether through our scientific working groups or as part of our continuing education offerings.”

But here’s the rub on whisker fatigue: The lack of current evidence doesn’t necessarily mean that it doesn’t — or couldn’t — exist. Whisker fatigue makes sense in theory, as whiskers are very highly sensitive structures/organs that could become desensitized or “fatigued” from repeated stimulation (such desensitization is a known phenomenon in other nerve fibers). Further study will likely verify some of the theory, eventually. In other words, whisker fatigue is a solid hypothesis based on interesting observations that would benefit from scientific study.

Does that mean you need to go out and buy a $60 specialized whisker fatigue bowl? Absolutely not. In fact, a low-sided bowl — or even a plate — will work just fine. Read on to learn about picking the right bowl for your cat and tricks to tempt an inappetent (a fun way to say “not hungry”) cat’s appetite.

What Type of Feeding Bowl is Best for Your Cat? Clearly, there are a ton of options available when you’re deciding how to feed your cat. If you’re concerned about whisker fatigue, find a plate or a wide bowl with shallow sides so there’s less chance your cat will have to squish their whiskers against the bowl.

Preferably, opt for stainless steel when it’s available. It’s not only durable, but also easy to clean and disinfect. Similarly, ceramic and glass bowls can work, though they’re easier to break. Avoid plastic bowls or containers as they can harbor bacteria when chipped or scratched, which can lead to problems like cat acne.

For suggestions on types of bowls and feeders click here.

Better yet, consider other ways to feed your cat that will engage their natural instincts. Cats are not naturally prone to scarfing down a big meal for the day. As hunters, cats are more accustomed to hunting their food and eating little bits throughout the day. Periodic, small feedings — especially feedings that require your cat to move around and “hunt” their food, like from a food puzzle — can help keep your cat from becoming overweight and give an indoor cat an outlet for their pent-up energy. 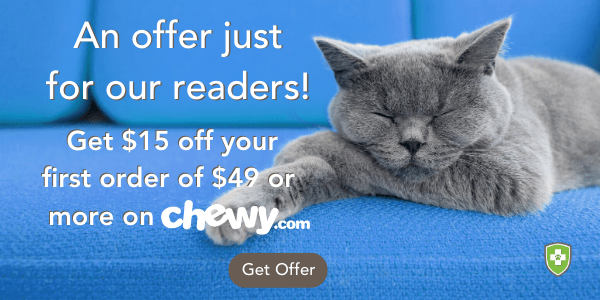 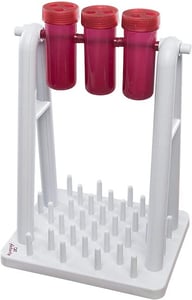 Preventive Vet staff review: There was a period in which Rajah and his sister Zsa Zsa weren't getting along. What we found was that they had very few mentally stimulating activities, which led to boredom and aggression towards each other. My first purchase was the Trixie Mad Scientist Activity for its simplicity. It has become a favorite of Rajah's (who's food motivated). He's constantly found pawing away at the activity several times a day, hoping to find some kibble. And although Zsa Zsa isn't as food motivated, she enjoys watching her brother figure out how to get the treats!

Pro Tip: Make sure you choose the appropriate dispensing top that will either allow larger kibble or treats to fall out without too much effort or to keep smaller kibble from pouring out too quickly.

At the bare minimum, don’t give your cat one big meal in the morning or even leave their kibble out all day for them to “free feed." Chances will be greater that they “scarf and barf” and you’ll miss important opportunities to monitor their food intake.

If you’d like to go a step further, something like the NoBowl feeding system is one way to tap into that natural hunting behavior. This particular device looks like a mouse and allows you to place a few kibbles inside. You then hide the “mouse” and let your cat do what it does best.

If you have more than one cat and need help keeping them separated when feeding, click here for more tips.

Have any stories about your cat’s finicky eating habits? Any questions we haven’t touched on here? Let us know in the comments!

The information you share will help many other cats.
It's anonymous and will take 1- 2 minutes.
Thank you!