Why Sticks Are Not Free Toys For Dogs 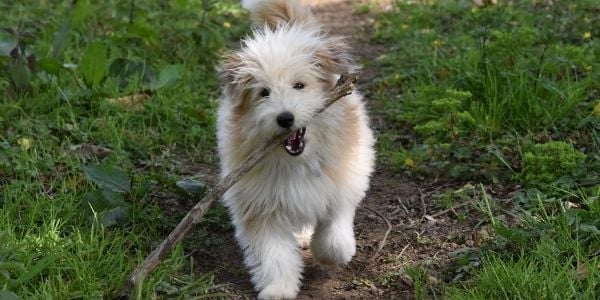 Do you throw sticks for your dog to fetch? Do you let your dog chew sticks? Lots of people do, and lots of dogs love to fetch and chew sticks, right? You see it all the time at the park, on the beach, and in yards.

Here's just a sample of the types of injuries that sticks commonly cause:

Every year many dogs suffer significant pain and injuries from sticks, and that some dogs even die from their stick-related injuries. It’s true – and it happens far more frequently than you might expect. Want some proof? See the many stories at the end of this article.

Fortunately though, with awareness and some simple preventive steps, you can protect your dog from such a fate. Of course, not every stick-related injury is preventable, so it’s also important that you be aware of the steps you should take in the event that your dog does suffer from one. Read on to learn what you need to know to best protect your dogs from the many dangers of sticks.

Why you shouldn't let dogs play with sticks:

How do sticks injure dogs?

Dogs typically sustain stick-related injuries in one of two ways – through chasing or chewing. And while stick-chasing injuries are typically more severe than the stick-chewing injuries, that’s not always the case. Sticks, abundant and free though they may be, truly can pose significant and life-threatening injuries to your dog.

Stick chewers are at risk of a multitude of problems, ranging from wood splinters stuck under their gums and other tissues in the mouth to obstruction of their digestive and/or respiratory tract with wood.

As mentioned above, the dogs who chase sticks frequently suffer more severe (read: more painful, expensive, and likely-to-be-fatal) injuries than the stick chewers. And given the potential severity of the injuries commonly associated with stick chewing listed above, you’re hopefully starting to appreciate the potential severity and heartbreak that can occur when dogs chase sticks. These injuries typically happen when a thrown stick gets stuck in the ground and the eager dog either pounces or runs onto the exposed sharp end of it. These sticks then cause significant puncture wounds and other damage.

Common points of entry and their associated injuries

To make matters worse, the initial damage caused by the penetration of the stick isn’t always indicative of the full extent of a dog’s injuries, either. Despite best efforts, it’s often possible for small fragments or splinters of wood to be missed during initial surgical exploration of such puncture wounds. This is not due to a lack of care or skill by the attending veterinary team, but rather due to the nature of penetrating stick foreign bodies to shatter and splinter upon impact.

This potential problem is compounded by the fact that wood itself doesn’t necessarily show up on X-rays, especially small splinters of wood. So recognize that there is always the possibility of the need for further surgeries once the situation has become clearer and any residual wood pieces have “declared” themselves. 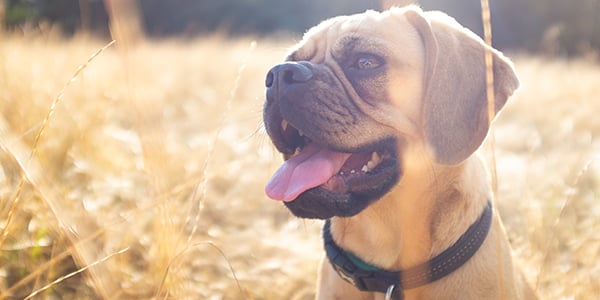 What you should do if your dog runs onto a stick

Being armed with the information above, hopefully, you’ll never need the information below. But, just in case, it’s important that you know what to do should your dog ever suffer a stick-impalement. Be aware that the steps you should take can vary slightly with the area of penetration, the number of helpers you have, and your distance from the nearest Animal ER. However, there are some steps that are important regardless of these influencing factors.

What to do in cases of stick impalement 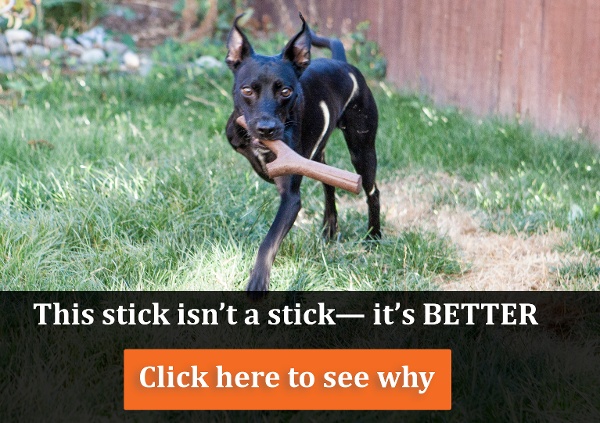