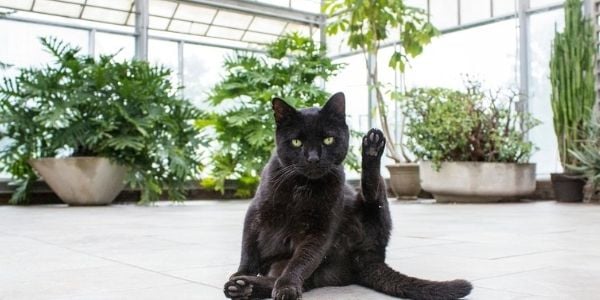 But, it's just as important to know what plants in your home or in your yard are toxic to cats.

That's why we have put together this list of popular and common houseplants found in many homes. If you have any of these plants, don't be hard on yourself — you're not alone. You can easily replace your toxic plant with something much safer and still fits with your decor.

Avoiding Plants Poisonous to Your Cat

Understandably, cat owners have good reason to be concerned about the toxicity of some household plants. According to the ASPCA Animal Poison Control Center, there were nearly 12,000 calls in 2018 related to ingesting common indoor and outdoor houseplants. And those numbers have probably grown.

Signs Your Cat May be Suffering from Plant Toxicity

There is a long list of poisonous plants that you should not have in your home if you have a cat.

The degree of toxicity depends on the plant and the amount and parts of the plant your cat has potentially consumed, as well as your cat's size, any existing medical conditions, medications they may be taking, and a host of other factors.

It is vital that you contact your veterinarian, Animal ER, or an animal-specific poison control hotline immediately if you believe your cat has nibbled on or eaten any amount of a toxic plant or flower.

Symptoms of toxic plant poisoning in cats may include: 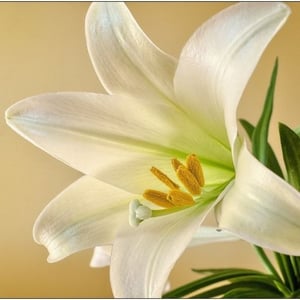 The Easter Lily is a year-round favorite but can create real issues for your cat. And it's not just Easter Lilies that are extremely toxic, lilies like stargazers, tiger lilies, and the other "true" lilies can all cause acute kidney failure in cats. Avoid these types of lilies altogether if you have cats.

We have an in-depth article on Lily Toxicity that highlights just how toxic these beautiful flowers are. And every part of the lily is toxic to your cat, including the pollen and even the water in the vase!

Signs of Lily Toxicity in Cats

Vomiting, loss of appetite, change in energy level, marked increase (initially) followed by a marked decrease in water consumption due to the progression of their acute kidney failure and the damage that the toxin does to a cat's kidneys. Dogs do not appear to suffer the same type of toxicity from these lilies as cats do. 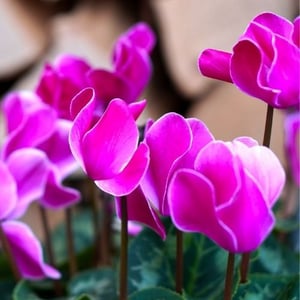 A common flower that is given as a gift. It's also commonly found in homes during the holiday (much like the Poinsettia-which we talk about further down). These wild plants are tough, resting through the summer and blooming again during the rainy winter months. But make no mistake, these beautiful flowers (and especially their parts below the soil) can be deadly to your cat.

Signs of Cyclamen Toxicity in Cats

Excess drooling, vomiting, and diarrhea. If your cat eats a large portion of the plant root (the "tubers") it can lead to an irregular heartbeat, seizures, and death. 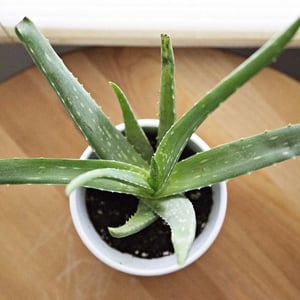 Sure, they are very pretty succulents and have some wonderful health benefits for humans, but that's not the case for your cat. Unfortunately, there is a compound in aloe gel (which is edible) called saponins, which can cause several problems.

Signs of Aloe Toxicity in Cats 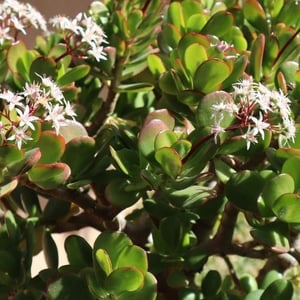 Another succulent and common plant found in households. In fact, before starting this series on plant toxicity, I didn't realize that we had this plant in our house with two cats. Fortunately, it was up on a high shelf but has since been removed. The Jade plant (or Chinese Jade) is commonly found on bookshelves (as we experienced), fireplace hearths, or side tables. But they can also be poisonous if your cat consumes them.

Signs of Jade Toxicity in Cats 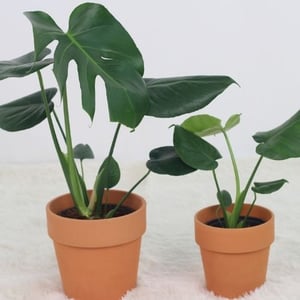 Also known as the Hurricane Plant or Swiss Cheese Plant. The Ceriman is one of the most popular household plants for its tropical look. However, Ceriman contains insoluble calcium oxalates making them moderately toxic to cats.

Signs of Ceriman Toxicity in Cats

Extreme mouth irritation that can lead to swelling of the tongue, lips, and face. Expect vomiting, excessive drooling, and keep an eye out for difficulty swallowing. There can be irritation to the skin if it comes in contact with the sap. 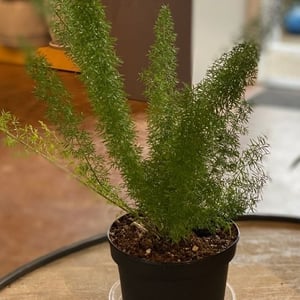 You'll find these ferns in many households, and if you're not hanging it somewhere out of reach, the plant and its berries can cause gastric upset for your cat. If your cat rubs against the Asparagus Fern frequently, it can also cause skin irritation.

Skin irritation and rashes from frequent physical contact. Eating the berries can cause vomiting, abdominal pain, and tenderness, or diarrhea. 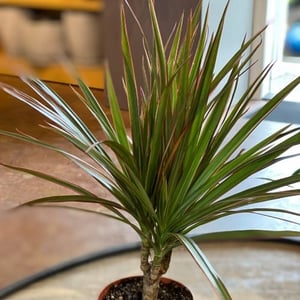 Also called a Corn Plant, this common house plant also has the compound saponins (like Aloe) and can cause issues for your feline.

Signs of Dracaena Toxicity in Cats 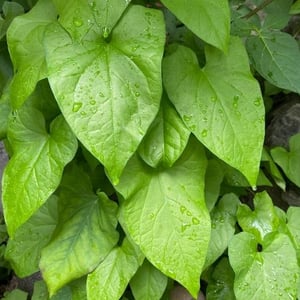 A popular perennial known for its heart-shaped leaves. This plant will cascade down from its container, so if you do have one, hang it somewhere inaccessible to your cat. This is an invasive species in North Carolina and can be found in the Pacific Northwest as well. The leaves of Sweetheart Ivy are more toxic than the berries. 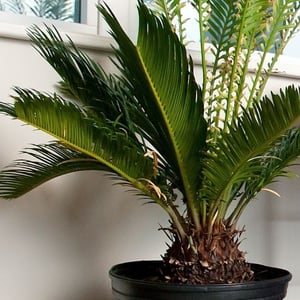 Despite “palm” being part of their common name, sago palms are not actually palms. They're cycads, an ancient seed plant with a crown of large compound leaves and a stout trunk. A very common and potentially deadly plant found inside homes, on outside patios, and commonly used in landscaping.

Symptoms of Sago Toxicity in Cats

Vomiting, bloody stool, jaundice (yellowing of the skin and eyes), and increased thirst. 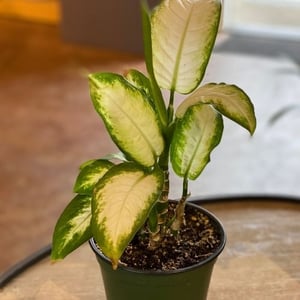 Found in many households, like the Hurricane Plant, this plant contains insoluble calcium oxalates making them toxic to cats.


Signs of Dieffenbachia Toxicity in Cats

Extreme mouth irritation that can lead to swelling of the tongue, lips, and face, including ulcers and blisters in the mouth. Expect vomiting, excessive drooling, and keep an eye out for difficulty swallowing. 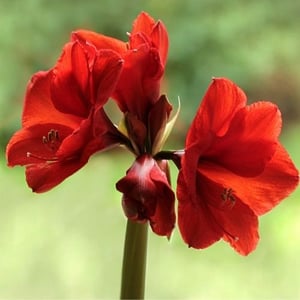 Colorful and easy-to-care-for, the Amaryllis is a favorite for families, because kids can take care of them as well. Despite all of this, they can cause havoc for your cat's gastric system. It can also cause severe drops in blood pressure and breathing problems. Though all parts of the plant are toxic, the bulb, which is often exposed in these plants, is the most dangerous part for your pet.

Signs of Amaryllis Toxicity in Cats 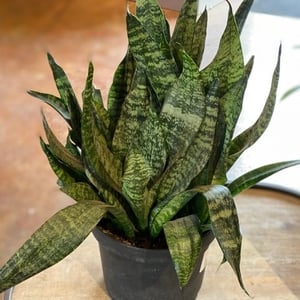 This stemless evergreen perennial is a popular species. Its foliage can stretch anywhere from 2' to 4' tall. With leaves that stick straight up, it's fleshy texture can be enticing to your feline and mildly toxic.

Nausea, vomiting, swelling of the mouth, lips or tongue, drooling, change in energy level, hiding for long periods of time, loss of appetite, and diarrhea. 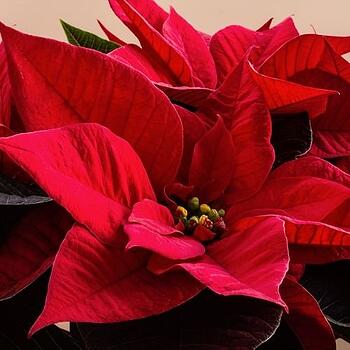 Ironically, poinsettias, one of the more well-known holiday plant hazards for pets, aren’t that hazardous to pets. Due to the low level of toxicity seen with poinsettia ingestion, medical intervention is rarely needed unless signs are severe.

Mild signs of Poinsettia toxicity in pets will include: vomiting, drooling, and, rarely, diarrhea. The milky sap can irritate the skin, causing redness, swelling, and itchiness.

The full list of toxic plants is extensive for both indoor and outdoor plants. You can get the full list from the ASPCA's Animal Poison Control page of Toxic and Non-Toxic Plants. Hopefully, this article has helped inform you as you go to the nursery to choose your greenery, or even if your cat enjoys spending time outside. If you're looking for great non-toxic alternatives, check out our Top 10 Indoor Plants Safe for Cats article!