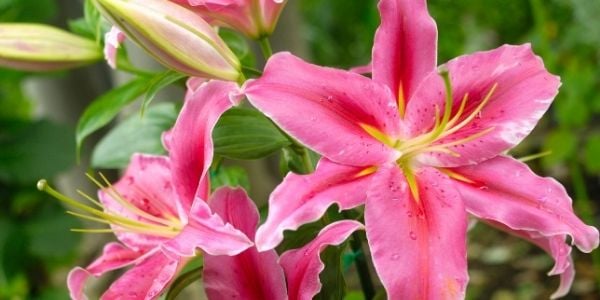 In fact, pet owners are so aware of certain toxicities that it’s not uncommon in December for emergency pet hospitals to start receiving calls from pet owners worried because their cat was seen nibbling on the leaf of a poinsettia plant.

This is great (it’s always a good thing for pet owners to be educated and informed), but the truth is that there are other plants and flowers that are more common and more dangerous to pets than poinsettias. One such flower is the lily.

It only takes a nibble or a lick of a lily:

"True lilies" are those in the Lilium genus (e.g., Stargazer lily, Tiger lily, Easter lily, Japanese show lily, Asiatic lily, Rubrum lily, and others) as well as the Daylilies of the Hemerocallis genus.

They are beautiful, sweet-smelling flowers that are so common, you’ll find them everywhere from everyday table centerpieces to wedding bouquets.

Unfortunately, they are also some of the most dangerous flowers to have around cats!

ALERT: It takes only a nibble on one leaf or stem, or the ingestion of a small amount of lily pollen (easy to do when a cat grooms itself) to send a cat into acute kidney failure and you rushing to the emergency vet.

Acute kidney (renal) failure is always debilitating to your pet and expensive for you. The outlook for cats with acute kidney failure resulting from eating lilies can be good, so long as early and aggressive treatment is pursued.

But if too much time passes before ingestion is recognized and appropriate treatment is started, the outlook becomes much worse and death from the disease or from euthanasia is more likely. The sad truth is that without treatment, acute kidney failure is going to be fatal. If such treatment is proving unsuccessful, advanced options, such as peritoneal dialysis, continuous renal replacement therapy, or renal dialysis are considered.

These treatments are not cheap and are also not available at all veterinary clinics.

In fact, because treatment for acute kidney failure resulting from lily toxicity is so intense, it is best to have your cat treated at a specialty veterinary emergency hospital right from the get-go.

Hospitalization and treatment costs for this condition will depend on the severity of the case and the cat’s response to therapy. It can safely be assumed, though, that a hospital bill will likely start at $2,000, and could increase to $4,000 or more.

This is not a condition that can be conservatively treated – delay in starting the appropriate treatment both worsens the cat’s prognosis and increases treatment costs.

As you are hopefully appreciating, preventing your cat’s exposure to lilies is truly of the utmost importance, and there are several easy ways you can help prevent this toxicity.

Thankfully for dog lovers, the effect that the toxin in these lilies has on cat kidneys isn't seen in dog kidneys (or any other parts of dogs, for that matter). So no, the "true" lilies of the Lilium genus and the daylilies of the Hemerocallis genus are not toxic to dogs.

A dog that nibbles on some of these lilies will usually only suffer some mild digestive upset, but their kidneys should keep on truckin' along just fine.

Are Lily of the Valley, Peace Lilies, or Calla Lilies Dangerous to Cats or Dogs?

Wondering about the lily of the valley plant? Or peace lilies and calla lilies? Though none of these are actual lilies and are in completely different genera than the "true lilies" and daylilies discussed above, they can cause problems for both cats and dogs, but in entirely different ways.

Like the foxglove plant, the lily of the valley contains cardiac glycoside compounds that can cause the heart to beat abnormally (called an arrhythmia) and can lead to cardiac arrest for both cats and dogs (and people!).

On the other hand (or paw, as the case may be), both peace lilies and calla lilies contain insoluble oxalates that can cause irritation and inflammation of the tongue and other tissues within the mouth, as well as the tissues of the digestive system, when swallowed.

Very rarely, these insoluble oxalates can cause inflammation and swelling around the entrance to the trachea ("windpipe") and make it difficult for an affected cat or dog to breathe.

Comparatively, the "true lilies" and daylilies talked about above are to be considered extremely toxic to cats (and non-toxic to dogs), given both their devastating effect on cat kidneys and how common they are in bouquets and as "stand-alone" flowers and plants. 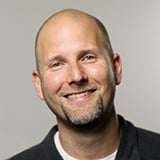