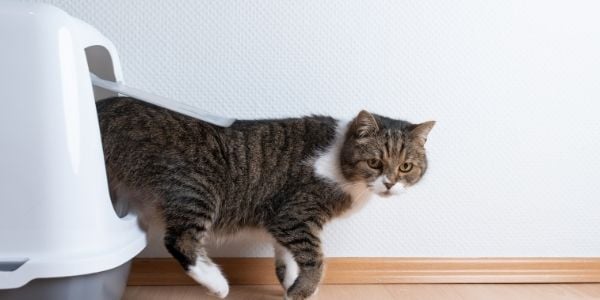 Your cat is the sweetest, most adoring, cutest love of your life… until they drop a land mine in their litter box that’s toxic enough to clear buildings and send villagers running for the hills.

“A demon has awoken!” they shout into the night, running for safety and pinching their noses.

If your cat’s litter boxes are always a little too… ripe… here are some simple tips and tricks to tame the smell.

The best way to reduce litter box smells is to get rid of the stuff that’s smelly. Clean the boxes at least once per day (preferably twice). Not only will your cat be happy; your nose will be, too. Clumping litters can often be the easiest to scoop and keep clean, and having a low-dust litter is important, especially if you’ve got a cat with asthma (or have it yourself).

And it’s not just your nose that doesn’t like multiple “deposits” in the litter box, it’s also your cat. Cats are far more likely to pee and poo outside of the box if there are too many “landmines” to navigate around!

If you’ve been tempted to forego the hassle and get an automatic scooping box, hold off on getting rid of your old litter box before you've tested the new one out thoroughly. Cats might be scared of the noise from the automatic scooping, which might cause them to find other places to do their business. 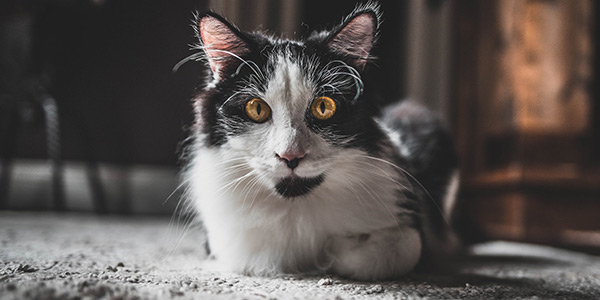 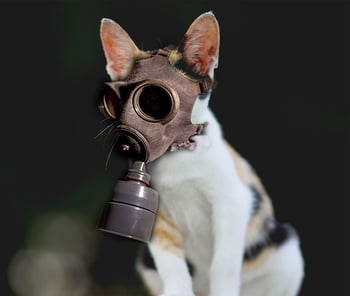 If you’re scooping at least once per day, then it will be far easier to clean the boxes when the time comes. Once per month, empty the litter from your cat’s boxes and scrub them thoroughly (it might go without saying, but be sure to wear gloves to protect yourself from any urine and fecal pathogens that can also infect humans).

Simply use soap and water to clean the boxes. The smell of bleach and other chemicals from harsh cleaners can cause your cat to avoid their box even after it’s clean. To finish up, dry the boxes and add fresh litter.

Over time, the boxes can become scratched from the frequent clawing as your cat buries their waste. These scratches are great places for bacteria to hide out and build up a smelly residence. Make sure to replace the boxes about once per year.

When looking for a litter box for your cat(s), keep these features in mind:

This second point is especially important for older cats and those suffering with arthritis. As for the the size of the boxes, in many cases these large underbed clothes storage boxes are the best litter boxes for cats. Just don't keep them under the bed, and make sure to take out all the clothes too :-) 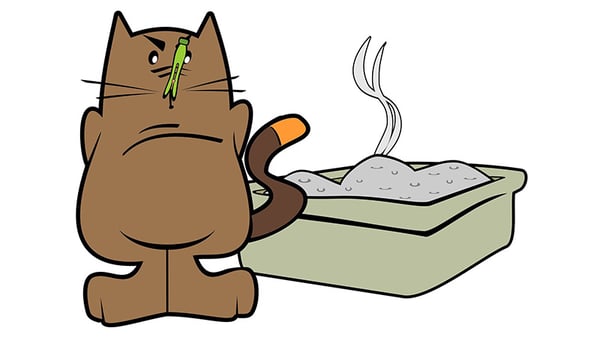 If you don’t have enough boxes (number of cats + 1 = number of boxes), your cat might avoid the box entirely, which is even more true if you have multiple cats (cats don’t really like to go where other cats have gone). The same is true if your boxes are the wrong size.

Boxes that are too small mean your cat will have less… let’s call it “personal space”… and will be more likely to hit the sides of the box or just let their business fall where it may, whether that’s in the box or right next to it. They’ll also have less space to move around and therefore a harder time burying their waste.

Also make sure to get a box with sides that are low enough for your cat to easily step over. If climbing into a litter box feels like summiting Everest, your cat is not going to go to the trouble. 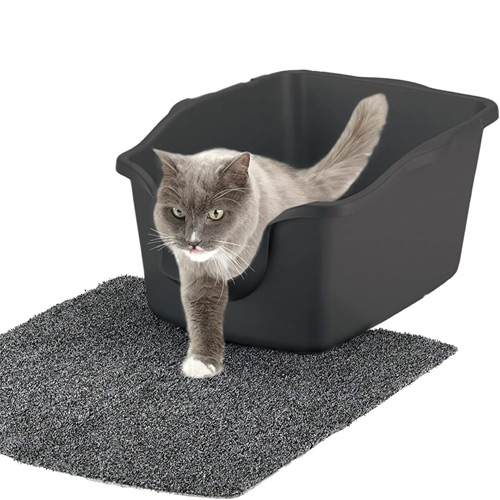 Many people are inclined to tuck their cat’s boxes in a small, confined space that’s well away from the livable space in their house or apartment. This is understandable, but doing so only succeeds in concentrating odors in a single spot. So instead of allowing the smell to dissipate, you might end up with a stinky closet of unspeakable horror.

Not only will you probably avoid this space, but your cat will, too — and that will likely lead to a mess. Instead, place the boxes in spots that are well-ventilated (but not drafty). The same goes for covered boxes. Sure, you probably won’t have to see or smell what goes on, but under that roof lurks a potent, concentrated stink zone.

And your cat isn’t going to be thrilled about stepping inside. That being said, some cats prefer covered boxes, so it will take some experimentation to find what your cat likes. 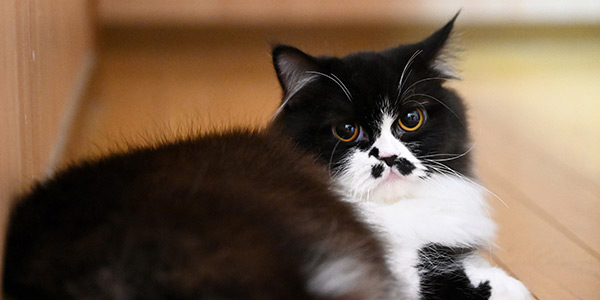 If you’re still having odor problems, try sprinkling a little baking soda on the bottom of the box before you add fresh litter each week, or place an open box of baking soda in the same area as the box. This can help absorb some of the smells, but without adding irritants that will upset your cat’s sensitive nose and lungs.

Whatever you do, don’t use perfumes or sprays near the box. This might temporarily mask a smell, but it will irritate your cat’s sensitive nose and lungs (or worse). In fact, using sprays, perfumes, and other scents might even discourage your cat from using their boxes at all.

Use a good enzymatic cleaner to take care of any potty accidents if your cat misses the box (such as right next it). A good, thorough cleaning will eliminate the smell, prevent odors from developing over time, and prevent your cat from going outside of their boxes in the future.

An effective cleaner, like this enzymatic and bio-based cleaner by Unique, works to neutralize the odor. If your cat is going outside their box, like on your living room carpet, then getting the smell out effectively can help prevent them from sniffing it out and choosing that same potty spot again.

Got any other litter box questions? How do you handle smelly kitty boxes? Feel free to add your tips and tricks in the comments below.