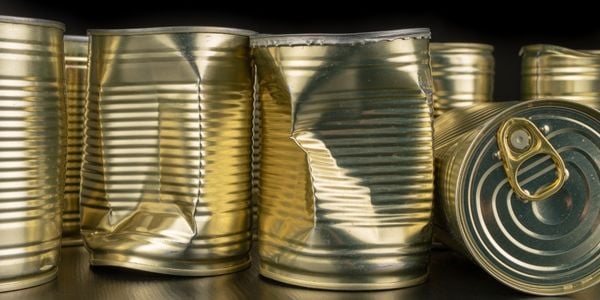 I was watching a movie once where the main character would take cans of food he wanted to buy and "drop" them so they would dent. He did this because dented cans were sold for half off. At the time, I thought they were sold at a discount because they weren’t visibly appealing with a dent.

With time comes wisdom (well, at least a little bit in my case), and now I know it wasn’t what was on the outside that mattered. It was the risk of what could be lurking on the inside – the bacteria Clostridium botulinum.

We have all grabbed a case of canned food for our pets from the pet store or the vet’s office and discovered (only after arriving home!) that some of the cans were dented. You are likely wondering if you can safely feed your pet food from a dented can.

Botulism Is a Potential Risk to Dogs and Cats

So, is it safe to feed pet food from a dented can? Well, as with many things in life, there isn’t really an easy “Yes or No” answer. It can be perfectly safe to do so in some cases while not so in others. So here’s some information and some guidelines to help you make the best decision when confronted with the scenario of a dented can.

If you have cats, you might be thinking that the best way to avoid this problem is just to feed your cats dry food. Please reconsider and make sure you are aware of the serious condition, urinary (urethral) ubstruction (ESPECIALLY if you have a male cat!).

Canned cat food has less carbs, so it's great to feed overweight cats.

And it is recommended to feed diabetic cats canned food to help not only decrease carbs but also help them lose or maintain weight.

The CDC had 242 cases of botulism in people reported to them by health departments in 2018. Of those cases, only 7% were foodborne. Though the incidences seem rare enough to take a chance, it isn’t if your pet or you are one of the unlucky ones. 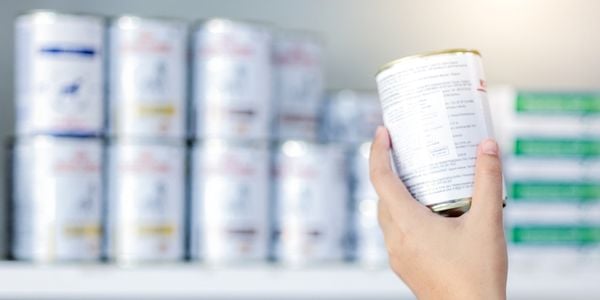 The Clostridial bacteria can contaminate food after it has been canned if the can becomes dented or damaged in such a way that the seal on the can is broken.

The most concerning dents in cans are:

Other types of contaminated cans

How Botulism Affects Dogs and Cats

Fortunately, cats and dogs seem to be less sensitive to the Clostridial toxins than people, though cases do occur. These cases tend to happen more from outdoor and free-roaming pets eating the carcasses of decomposing animals than they do in pets being fed commercially canned foods. Here’s one case that affected two dogs in France, and here’s a report of what is believed to be the first naturally occurring case in cats.

Signs of Botulism in Pets

The development of symptoms can take hours to days. In some cases, the onset of symptoms may take up to 6 days.

So, while Botulism from dented or damaged cans of cat or dog food may not be a likely occurrence, it is still a possibility. With that in mind, I would leave you with this advice when confronted with a damaged can of pet food. Inspect the can closely using the criteria listed above. 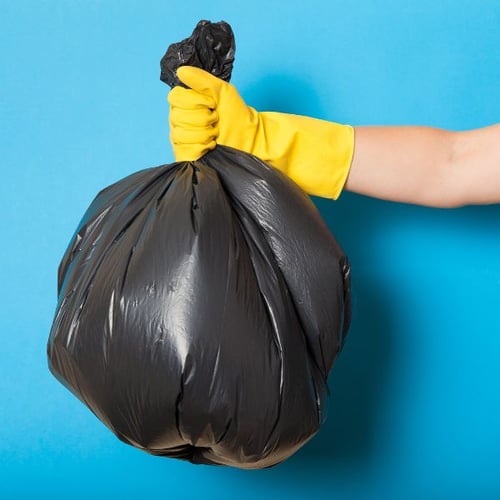 How to Dispose of ‘Bad' Cans

Anything you suspect is "bad" needs to be disposed of safely. DO NOT open any suspect cans to empty the contents and recycle the can. If you do, you risk contaminating the environment or exposing yourself.

Double bag the can in a leak-proof plastic bag and close it tightly. Dispose of the bag in an outside trash container that is lockable so that there is no risk that pets, children, or anyone else will rummage through the trash.

Be sure to properly clean any surfaces that the cans came into contact with.

The best way to disinfect for botulism in your home is:

NOTE: While disinfecting the area, be sure that all pets are prevented from having access until the entire process is complete. 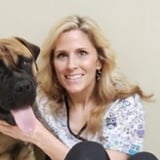