The Top 3 Reasons Your Dog Doesn't Do What You Want

It can be really frustrating when our dogs don’t respond when we need them to, not to mention scary if their lack of response puts them in danger. But your dog's non-response isn't because they are ignoring you, being stubborn, or they've decided to do something else even though they "know better." Dogs simply don’t think that way.

So why does your dog not do what you want? Let’s look at the top reasons your dog isn’t doing what you ask.

Your Dog Doesn’t Understand What You Want

When a dog doesn’t do a behavior, many times it’s because the cue is under-trained — meaning that the dog doesn’t actually know what it is you’re asking of them. This happens when a dog hasn’t completed the associative learning process for that cue, or when they’re being asked to perform something out of the context they understand it in. Generalization, or slowly adding different environments where cues are performed, is essential in the training process. Without it, a dog will never have fluency in that behavior.

Generalization is practicing a particular behavior with your dog in a variety of contexts to build fluency.

Fluency is the ability of your dog to perform the behavior in a variety of settings easily, quickly, and correctly.

If you believe that your dog really “knows” a behavior, that means they can perform it in a variety of locations around a variety of distractions. It's easiest to introduce a new cue to your dog in a low-distraction environment. Make sure to slowly raise the criteria as your dog is successful to include different, more distracting environments to build fluency.

What do you do if your dog doesn't understand what you're asking? Simplify! If they don't respond to the verbal cue, use a hand signal, or show them what you want with a food lure or some kind of prompt. You then know that your dog needs practice on that particular cue, so in the next training session go back a step or two before generalizing the behavior.

Another reason your dog isn't doing what you want is that they simply don't want what you're offering. Or, in other terms, doing something else is more rewarding than doing what you asked. Some examples:

If you're not offering your dog "payment" for a behavior you want, when your dog is confronted with doing something that pays better, they'll most likely choose to do that. This isn't to say that you'll always have to have food treats — in fact, it's crucial to fade out food treats rather quickly during training!

Reinforcement History refers to the dog's previous reinforcement (how often and for what they were given a reward, along with where the behavior was trained). If an action has a strong history of reinforcement, a dog is more likely to respond to the cue when confronted with something that might be considered more "valuable."

The more you have practiced a come-when-called in the backyard, for example, the stronger your dog's reinforcement history will be there. It is more likely your dog will come when called in the yard (even when confronted with a squirrel or other distraction).

Paying a dog for good behavior isn't always about food, there are other things your dog finds rewarding. In some cases, other things might be more rewarding than food, such as a particular tug or squeaky toy, your attention and interaction, or actually getting to chase the squirrel with you. It's all about building a strong reinforcement history for certain behaviors.

What should you do if your dog isn't motivated by what you're offering? Firstly, make sure you're offering something as a reward for doing what you ask. Give higher value rewards when beginning to teach a cue, and especially when starting to ask for that behavior around higher distractions.

Most importantly, if possible, reward your dog with what they want at that moment for doing what you ask.

An example of this is walking on a loose leash. Dogs can pull because it gets them where they want to go, and they're excited to get there.

Take a dog pulling their owner on leash towards a fire hydrant, for example, because of all the delicious smells they want to check out. They might not be very interested in food at that moment. Sure, they'll take a treat, but they might immediately go back to pulling again to get the more valuable reward (smells!).

Use getting to sniff as a reward for your dog! Stop walking and wait until they loosen the leash. Once they do, even if it's just slightly, say "go sniff" and run over to the hydrant with them so they can check it out. Not only is this rewarding the desired behavior with something the dog actually wants, but it also helps them learn that you're the source of lots of great things beyond treats! 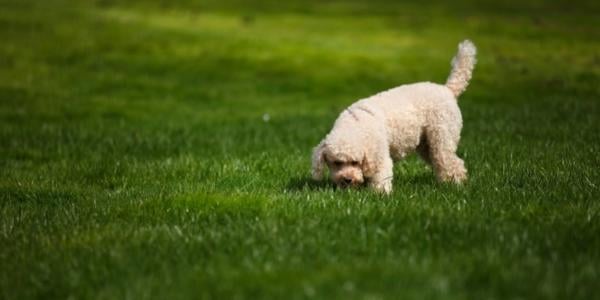 Your Dog is Too Distracted by Other Things

We've all been distracted by things going on around us, and our dogs are no different. When a dog is distracted, often they don't even hear us when we ask them to do something. They might be muzzle deep in a new smell, or you might be too close to another dog, and all they can think about is how much they want to play. It might be too loud for them to hear you, especially if they're out of your line of sight.

If your dog isn't doing what you ask because they are distracted, don't ask them for a behavior until you've gotten further away from the distraction. Make sure your dog is giving you an indication of attention before asking for a behavior. This is why I always ask my dog for her name recognition before calling her to come, especially when she's a long way from me. I say her name to let her know that I want her attention. When I see her turn her head towards me, or even just see one of her ears turn in my direction, then I give the recall cue. If I suspect she's too distracted, I wait to say the cue until I'm a bit closer to set us up for success.

Next time your dog doesn't do what you ask, think about these three things:

The more we have compassion and understanding of how our dogs are experiencing the world, the easier our lives and stronger our human-canine relationships become.

Let us know in the comments below what behavior your dog has the hardest time responding to — we'll help you troubleshoot! 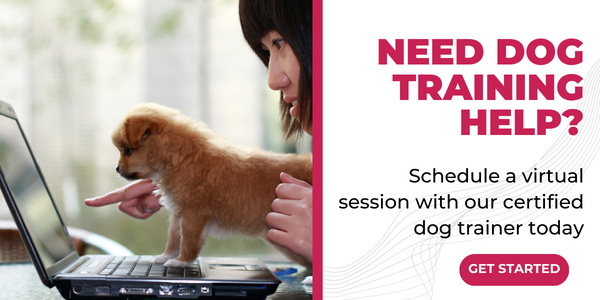