Why Hydrogen Peroxide Is NOT For Cleaning Pet Wounds

Many people wonder how long it will take their cat or dog's wound to heal, or what they can do to help it heal faster. While there isn't a "one-size-fits-all" answer for either of those two questions, there's definitely something that you should avoid using on your pet's wounds if you don't want to slow down the healing process. Though you wouldn't be the first to make such an honest mistake.

How have they done this? By using something you likely have in your medicine cabinet, and something that many people often reach for as a first line of defense when cleaning and treating a wound on their cat or dog (or even on themselves).

The Problem With Hydrogen Peroxide and Pet Wounds

So while the peroxide may be helping to disinfect the wound, it's unfortunately also slowing down the body's natural process for healing itself. Therefore peroxide is not the best way to clean or disinfect a wound. Fortunately, there are better ways that are just as simple, readily available, and not much more expensive.

How to Best Clean Cuts and Wounds on Cats and Dogs

The best way to do initial cleaning of your cat or dog's wounds is to "flush" the area with a non-irritating substance that will clean the area thoroughly of any bacteria, fur, dirt, and other debris without damaging the cells and tissue in the area. Getting all of this "organic matter" out of the wound area won't just make it cleaner, but it'll also allow whatever disinfectant you use in the second step (see below) to work more effectively. So, there you have it, how to correctly clean and disinfect pet wounds, and why you ideally shouldn't use hydrogen peroxide to do so. But just remember... first aid is often just that, first aid. If your pet has suffered a bite wound, deep puncture, bad cut, or a nasty abscess, and you want to administer first aid, your next step, after cleaning, should be a visit to the vet. These types of injuries typically also require second aid... i.e., veterinary care!

When to Use Hydrogen Peroxide for Pets

Wondering what you can use your bottle of hydrogen peroxide for on your pets? Don't worry, you need not throw it out.

(1) Poisoning or Toxicity (dogs): Hydrogen Peroxide can be good to have on hand should you ever need to make your dog* throw up at home (sometimes necessary when they eat a food or poison that they shouldn't have — just don't use anything over 3% Hydrogen Peroxide for this and be careful with "Food-Grade" Hydrogen Peroxide).

CAUTION: In some instances and with some substances, inducing vomiting can actually be more dangerous for your dog than the thing they've swallowed (e.g., burning again on the way back up through the esophagus, or getting into their lungs and causing pneumonia). With any poisoning emergency, call your veterinarian, your local Animal ER, or a dedicated pet poison control hotline before trying to make your pet vomit. They can let you know if making them vomit is safe and appropriate, and can help talk you through the procedure if needed.

*CAUTION: Please don't use hydrogen peroxide to try and make your cat vomit at home. Cats have an increased risk of developing debilitating necroulcerative hemorrhagic gastritis (read: dead and bleeding stomach lining cells) when hydrogen peroxide is used to cause vomiting in them.

(2) De-skunking: If you ever need to deskunk your pet (hydrogen peroxide is an ingredient in this great pet deskunking recipe). 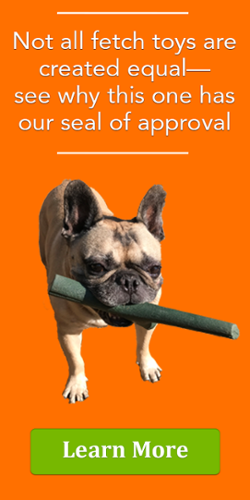