Pancreatitis in Dogs: What It Is, What Causes It, and What You Can Do 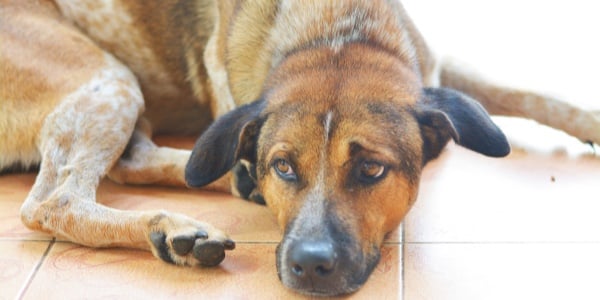 Growing up, our parents would make some things sound so horrible and scary as a way to instill fear in us, just to prevent us from doing certain things.

Well, when I was in veterinary school, our instructors instilled a warranted and significant fear of the pancreas. Don’t anger your dog’s pancreas because it isn’t forgiving!

What is the pancreas, and what does it do exactly for our pets? It is a V-shaped gland located in the upper area of your dog’s abdomen.

The pancreas' primary purpose is to secrete digestive enzymes and other substances that aid in the absorption of nutrients and certain vitamins and minerals from your pet’s food. Since the pancreas has such an important job, it gets very angry when its normal functions are interrupted.

And what happens when we make the pancreas angry? Pancreatitis. There are two types of pancreatitis — acute and chronic.

What is Pancreatitis in Dogs?

In general, with acute or chronic pancreatitis, inflammation causes activations of enzymes within the pancreas itself. This results in a progressive breakdown of the pancreas' tissue by its own enzymes — in short, think of it as eating itself! 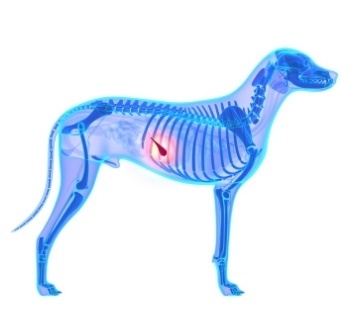 Possible Causes of Pancreatitis in Dogs

Typically, in dogs with spontaneous pancreatitis, the cause is unknown. And the symptoms are so variable that an owner can miss a mild bout of pancreatitis — but the damage has already begun. Dogs that have acute pancreatitis are likely to have it happen again, eventually creating a chronic condition.

The following is a list of just some of the potential factors that are considered possible causes of pancreatitis:

Even if an animal has regularly gotten table food or fatty foods, an adverse reaction to the food can happen at any time. I have had many patients who have gotten table scraps for an extended period and were fine. Then one day, their pancreas decided it had had enough.

At What Age is a Dog More Likely to Get Pancreatitis?

In reality, any dog can be affected at any age. But acute pancreatitis is most common in middle-aged or older dogs (older than 7 years old). 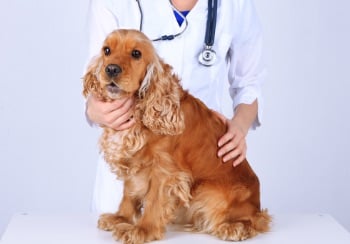 Are Some Dog Breeds More Likely to Get Pancreatitis?

Any breed of dog can develop pancreatitis, but Miniature Schnauzers, Miniature Poodles, and Cocker Spaniels seem to have a higher rate of occurrence. Why? One reason is that these dog breeds tend to have high blood triglyceride levels (high levels of fat in their blood).

Symptoms of Pancreatitis in Dogs

When dogs get pancreatitis, the general clinical signs involve the gastrointestinal tract.

Symptoms of pancreatitis tend to be vague and nonspecific. Often, when getting diagnosed by the veterinarian, other illnesses are found. Diagnosis is often made from the combined results of the exam, bloodwork, and an ultrasound of your dog's abdomen.

Treatment for Pancreatitis in Dogs

There is no specific or standard veterinary treatment protocol for pancreatitis in dogs. Typically, it involves supportive care with IV fluids and medications to treat the secondary effects: vomiting, stomach pain, diarrhea, fever, etc. If another illness or condition is diagnosed at the same time as pancreatitis, measures are taken to address that as well. Even with aggressive treatment, the prognosis is still questionable.

Unfortunately, there are complications associated with pancreatitis, including:

If your pet has had or is suspected of having pancreatitis, change over to a low-fat diet, and decrease body weight if they are overweight. Avoid giving too many treats, especially any treats containing fats. Absolutely avoid ANY fatty human foods such as meat, cheeses, etc.

How to Prevent Pancreatitis in Dogs

While it isn’t possible to prevent all causes of pancreatitis, it is very easy to prevent some of them. 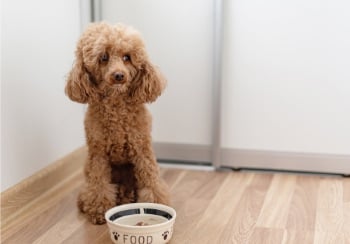 The first significant benefit of this is the prevention of obesity — always measure out your dog's food and treats for the day. Be sure that your dog's diet matches their lifestyle and life stage, such as feeding a senior formula versus an adult formula. Your veterinarian can help recommend the best diet for your dog since they know your dog and their health history.

Do not feed a high-fat diet or add fat to the diet. Avoid giving human foods. While some foods such as carrots and green beans are considered dog-safe, others like grapes and raisins are toxic. Grapes and raisins can cause kidney damage, and damage to the kidneys is a risk factor for pancreatitis.

Besides their potential high-fat content, human food can be high in salt or contain ingredients that are toxic to your pet. For instance, many seasonings added to meats contains onions or garlic, which are toxic for animals. Remember — toxins are on the list as a risk factor.

Some food products, such as peanut butter or "keto-friendly" ingredients, may contain xylitol — which is extremely toxic to dogs. Always confirm with your veterinarian if a particular food is safe or not to give your dog.

Remember, dogs are not people. Just because humans may do well on the keto diet and "good fat bombs," such as coconut oil, MCT oil, and grass-fed butter, which can be beneficial to people — that situation does not apply to dogs. While your dog can have relatively small amounts of coconut oil in order to gain the benefits of MCT (medium-chain triglycerides), it isn't really recommended. The reason for this is two-fold:

The MCT contained in dog-specific diets, such as Purina's Brain Health (formerly Bright Mind) formula, are enhanced with botanical oils and are designed to provide your pet with all the benefits of MCT without the dangers.

A small dash of extra-virgin cold-pressed oils, such as olive oil, avocado oil, coconut oil, and flaxseed oil, is safe. Even a small amount given periodically of xylitol-free peanut butter can be okay. But DO NOT give these things to breeds predisposed to high-fat levels in their blood, such as Miniature Schnauzers or Poodles, or dogs with a history of pancreatitis.

Even if you have periodically or even regularly given human foods and your dog seemed fine, pancreatitis can happen at any time.

If your pet has a history of pancreatitis, be sure to let your veterinarian know, as this may determine what medications or treatments they prescribe for any future health issues.

I cannot emphasize it enough that pancreatitis is a very serious disease with the risk of serious complications. Prompt and aggressive treatment is needed for the best outcome. Preventing obesity for your dog's entire life and avoiding inappropriate human foods (especially fatty foods) can be a key factor in avoiding this disease. You never know when your dog has suffered from this disease in silence, so always take precautions to avoid factors that can anger their pancreas. 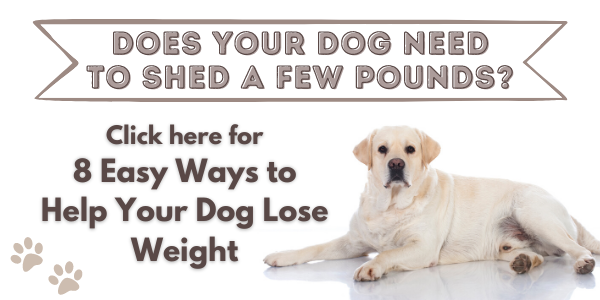 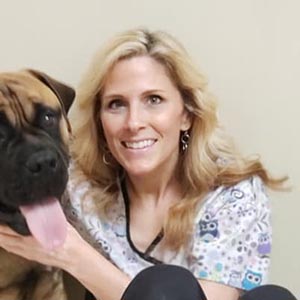