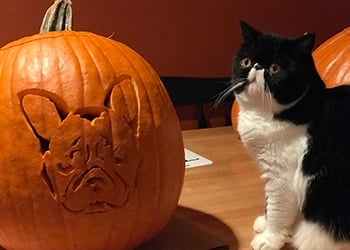 Carving your dog or cat's face onto a pumpkin is a super fun way to get the whole family involved in the festivities.

First, we'll go over how to make your pet's pumpkin stencil and then we'll get our hands dirty, open the pumpkins up and start the carving.

This photo is of my cat, Mazel, standing next to the pumpkin I made of our Frenchie, Marshall, last year. This year, it's Mazel's turn!

Please note: This is for all artistic levels and ages (as long as the pumpkin cutting and poking tools you're using are family-friendly). In fact, I am someone who is not what you would call "artistically inclined". Thanks to Bob Ross, I know that there are no mistakes, only happy accidents, so even if the finished product doesn't look exactly as you expected, it's Halloween — everything is supposed to be a little "off"! (I'm saying this ahead of time but, please keep this in mind when you see my finished product).

What You'll Need to Make Stencil 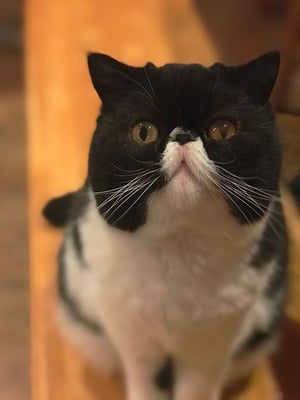 I decided to use this photo of my kitty, Mazel. He makes a really good subject, not just because he is incredibly handsome, but he's also naturally high-contrast.

I really want the main attraction of the pumpkin to be Mazel's face, and since my pumpkin's main focal surface area is about 6" x 6", I cropped the photo to 6" x 4". 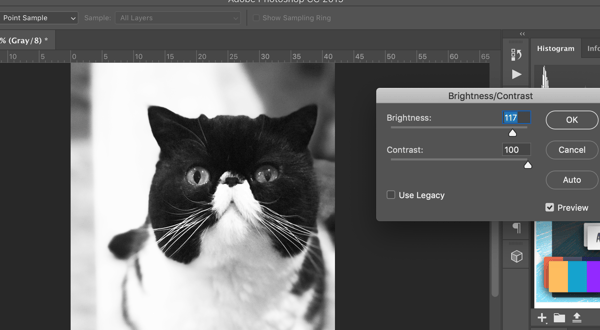 You may need to do repeat this step multiple times — whatever makes it easiest for you to be able to distinguish light from dark. 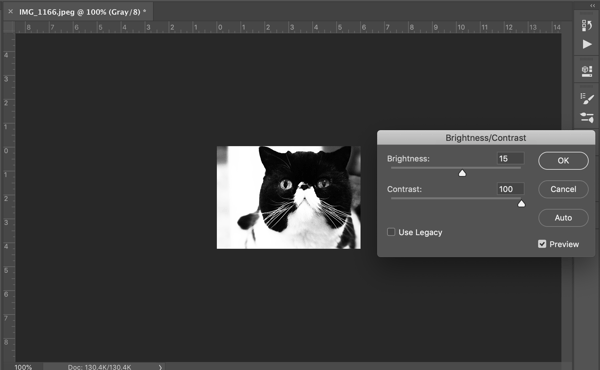 If you're using Photoshop, you can also use the Dodge tool to lighten areas throughout the image. I used it around Mazel's eyes and his cute little nose. If you couldn't have guessed already, whiskers are really tricky. So, to make things easier, I drew over Mazel's face and exaggerated a few of his whiskers, and made his nose and mouth a little more full to complete the template. 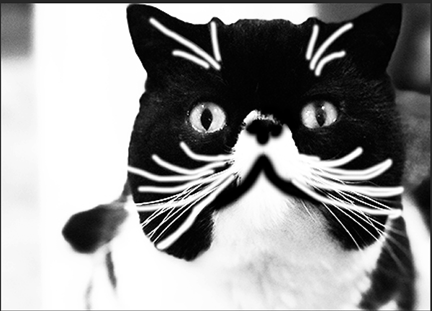 Now it's time to print your stencil and get it on your pumpkin.

Prepping Your Pumpkin for Carving

You probably can use any pumpkin, but I like to go easy on myself by using a gourd with a relatively smooth and large surface area and as few blemishes or ridges as possible — at least where I'll be carving.

Note: You can also use reusable foam pumpkins from your local craft store to keep your designs around year after year!

This was my first time cutting a back door and I found it to be a little more difficult to clean inside, but next time I'll try creating a bigger entryway since it will be patched up either way. It was really easy to put the tea light candles in and would be even better for anyone using a corded light source. 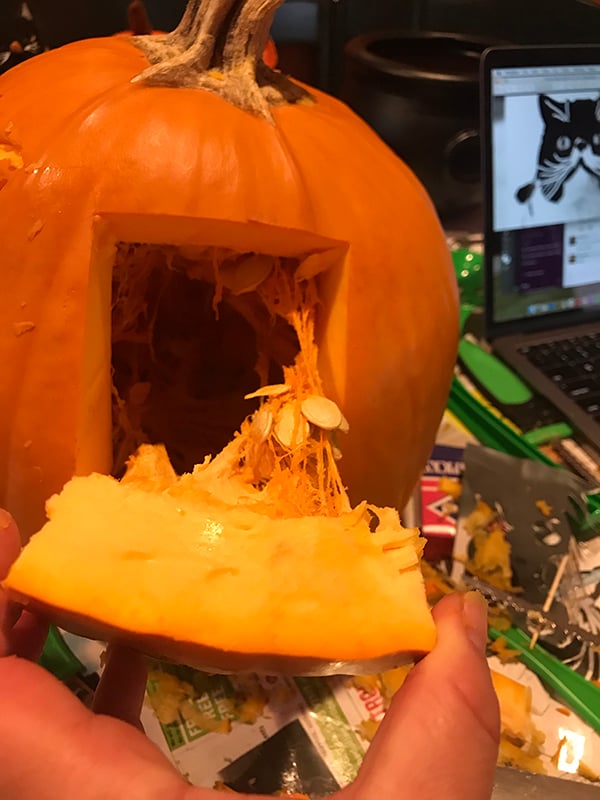 Get Your Pumpkin Carving Tools Ready

Here's the set of pumpkin carving tools I ended up using (I haven't use every tool yet, but when I feel more comfortable trying fancy things, perhaps I will) 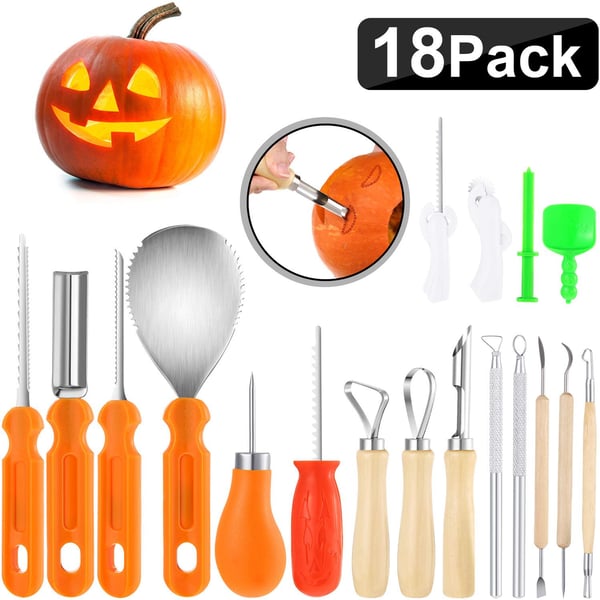 Put the stencil on your pumpkin using your tape and have it lay as flat as possible. We're keeping things simple around here but your image may have more gray than mine, and if you're a pro or feel like challenging yourself, go ahead and try some shading! 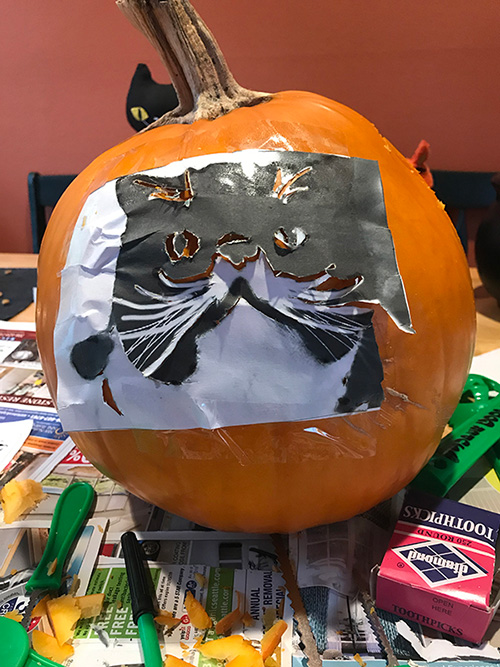 Use your push pin, safety pin, or toothpicks to punch out little holes to trace the black parts of your image. The closer the holes are, the easier it will be for you to follow the tracing to cut later on.

Once you've got your outlines traced, you can remove the stencil and start cutting! 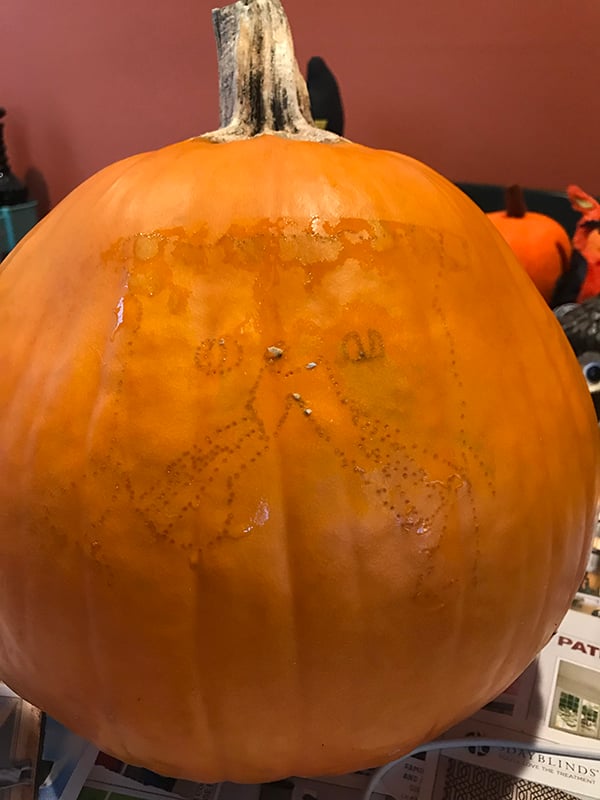 Keep a picture of your stencil handy so you remember what to cut and what to keep. I had to cut a bit of an extra outline around Mazel's head so that it would show up on the pumpkin.

But once it was lit, I thought it looked pretty cute! 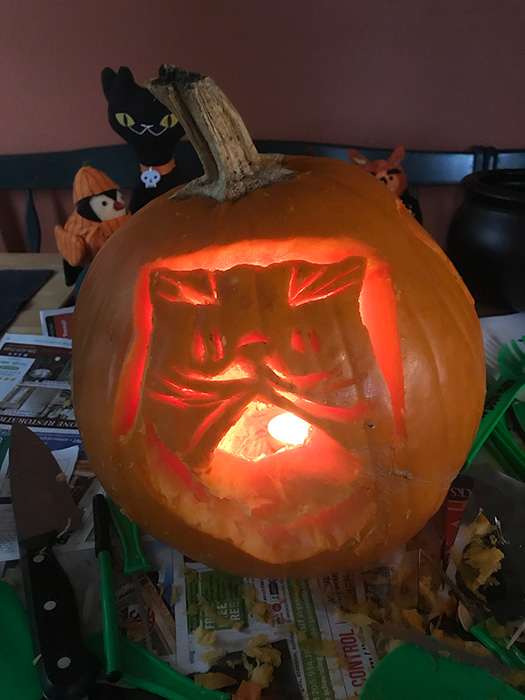 UPDATE: Here is my Marshall pumpkin! What I learned this time, is that you can have more detail without taking out too much of the pumpkin!

I think the important thing is making distinctive lines as thick as you need them to be to let light shine through, but not take out too much or disconnect things so as to take out a chunk of the pumpkin (which I did to Mazel's, and still ended up doing to Marshall's). My wife helped me with visualizing things though, and created a stencil for me out of Marshall's picture. She also add some white out to make it so that I wouldn't carve too much. 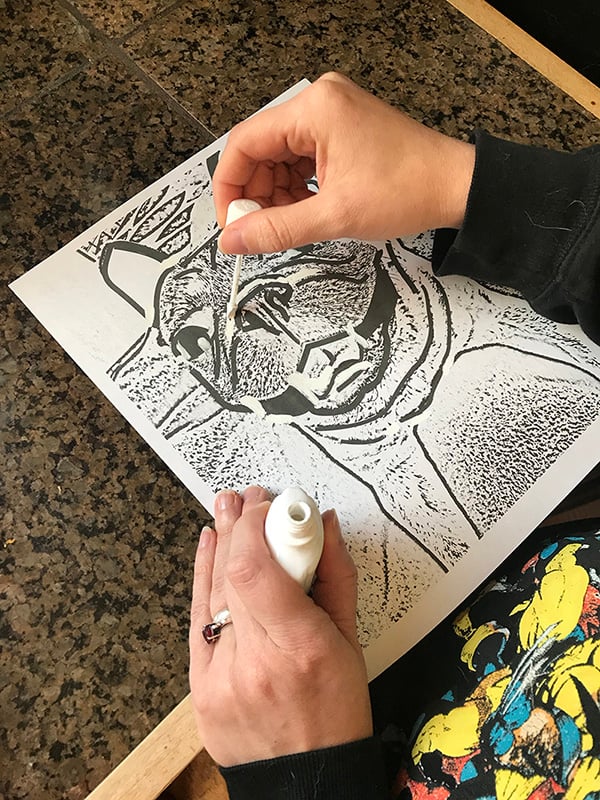 I still managed to carve a little too much, but I'm really happy with the results! 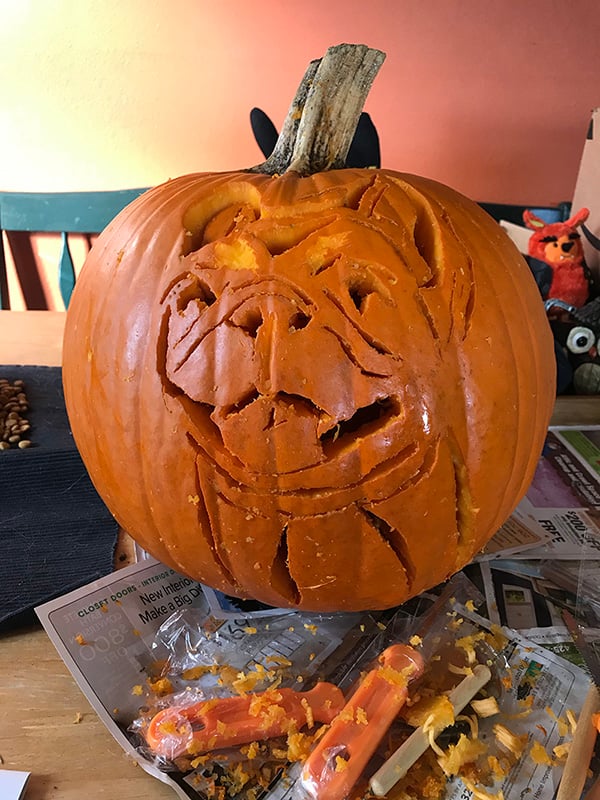 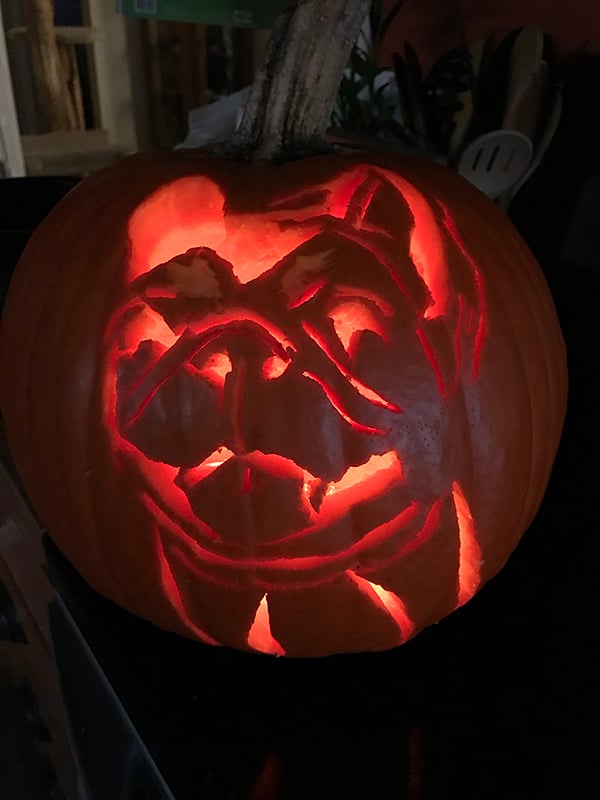 Do you have any tips for doing things even more easily? Want to show us your finished masterpiece? Leave a note in the comments below, or send us an email with a picture of your pumpkin, we'd love to see it!