Why Are My Cats Fighting Suddenly? How to Get Your Cats to Like Each Other Again 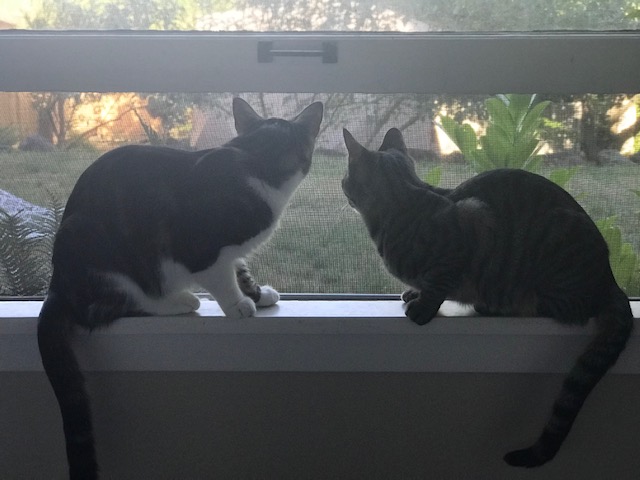 Cats may be more like humans than we realize

Even the best of friends can be annoying on occasion, forcing us to just ignore their calls. Some of us may even have family that drive us crazy. So, cats that are familiar can also find a reason to hate one another. That being said, I had never personally watched my own cats getting in – well – a “cat fight." Until recently.

We adopted siblings as kittens from a shelter and for the past three years, despite having polar-opposite personalities, they have been very affectionate and at times inseparable. In fact, originally the two were adopted along with a third sibling, but due to a freak accident, we had to put him down shortly after the adoption. A horrible situation and I only mention, because that loss brought the other two cats closer. Again, until recently.

END_OF_DOCUMENT_TOKEN_TO_BE_REPLACED

Why You Should Provide Environmental Enrichment for Your Cat

Cats are characterized as “independent” or “self-reliant” and some people actually choose to bring them into their home because they are considered less “high-maintenance” than dogs.

The truth is that cats do have these needs and providing an environment that addresses these needs is important. Cats still have all the characteristics that allow them to live a feral, undomesticated lifestyle, but think about the difference their “natural” environment looks like versus a home environment.

You have to address socialization and stimulation in the home in order for the cat to live a full, happy life.